The next installment of the Israel Bonds global event series will feature an exclusive discussion with Ambassador Dani Dayan, Consul General of Israel in New York, on Tuesday, June 16 at 5PM Eastern Daylight Time. Ambassador Dayan, who will soon return to Israel, will address the topic of Israel and America: Strengthening Our Relationship in a Changing World. It will be an engaging and enlightening discussion and, following his remarks, Ambassador Dayan will take questions. 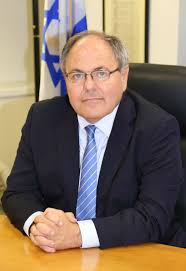 Ambassador Dayan, appointed to his post in March 2016, represents the State of Israel to communities throughout New York, New Jersey, Pennsylvania, Ohio and Delaware.

Born in Buenos Aires, Ambassador Dayan is a highly-regarded Israeli public figure, lecturer and entrepreneur. He served as chairman of the Council of Jewish Communities in Judea and Samaria and was the council’s chief foreign envoy. In his many capacities, Ambassador Dayan has conferred with international leaders, diplomats and journalists. He has contributed opinion pieces to The New York Times, Boston Globe, and The Guardian, and appeared on CNN, BBC, Al Jazeera, and more. Our global event will give us the opportunity to say ‘toda raba’ for all he has done to perpetuate the bonds of friendship between Israel and the U.S.

Virtual event link will be provided upon registration, and I encourage you to share this invitation. Please note to join at least five minutes prior.

We hope you and your family are staying well during this difficult time. Thank you for your engagement and support, and I look forward to your participation.