ABOUT THE LIGHT FROM THE YELLOW STAR PROJECT

Students in the light from the Yellow Star Project first read Robert Fisch’s survivor memoir while viewing his illustrative artwork.  With Nancy Gorell as facilitator, students then chose the piece that “spoke to them the most” to relate to their knowledge of the Holocaust.  Following the survivor reading, students engaged in a discussion about Holocaust art with Evelyn Rauch, designer of the center’s Holocaust Memorial who shared her work with the students.  As a Second Generation Holocaust Survivor, Evelyn empowered students to create their own responses as a post – Holocaust generation.  Students and their teachers were given a variety of artistic tools and materials to create their own artistic response inspired by Robert Fisch’s work and what they had seen, heard, and felt deeply.

The Light from the Yellow Star Workshop Art Exhibition Dedicated to Margit Feldman, a Survivor of the Holocaust. 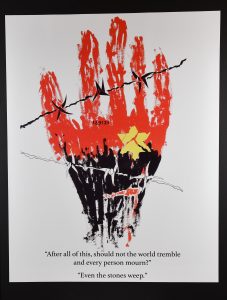 Part of the outreach program of the Holocaust Memorial and Education Center at the Shimon and Sara Birnbaum Jewish Community Center of Bridgewater, NJ

Middle School and High School students created artwork for this exhibit after reading, viewing and discussing the book, Light from the Yellow Star “A letter of love from the Holocaust,” written by Robert Fisch a Holocaust survivor, pediatrician, author, and graphic artist. The book describes Robert Fisch’s difficult journey during the Holocaust. Each page is then accompanied by a graphic that speaks to the words on the opposite page. The message of the book, as the title implies, is that even in the darkest times there is always hope for a better future.

The students were given these instructions:

They were then asked to construct an idea in their mind for their own art piece. They were told that the art did not have to be realistic. That creating a mood could be very powerful.

The class then had one hour to create their artwork and to write a brief description of their piece.

The result is this exhibition of their artwork.

Thank you to all the schools and students that participated. 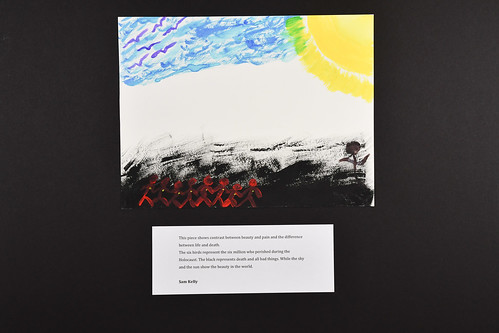 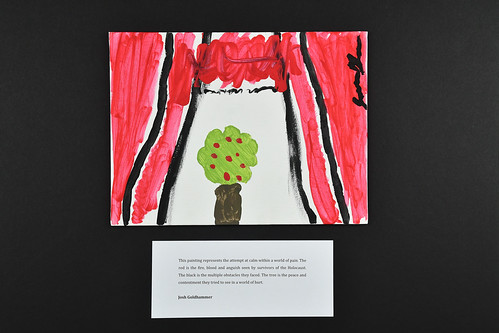 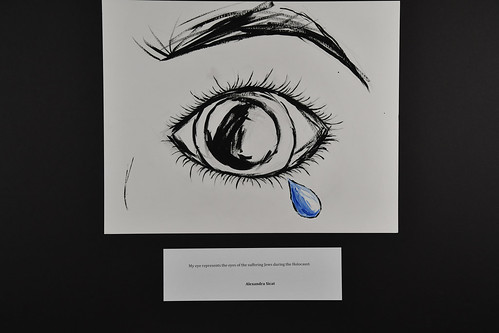 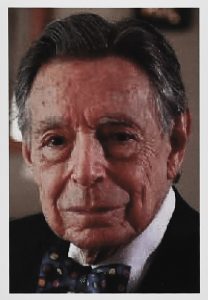 “Yesterday is Past.  Tomorrow is a wish.  Today is the only time in which to do something.”

And do something, he has.  Robert Fisch studied not only medicine, but also art and is still painting at over 93 years of age.  As a Jewish man who survived Nazi Concentration Camps, Dr. Robert Fisch’s feelings about the Holocaust and his experience were a private matter.  Now he shares his story so others might learn from the past.  His book Light from the Yellow Star: A Lesson of Love from the Holocaust, tells how he came to understand the power of love and freedom and led to the founding of the Yellow Star Foundation, a 501-3c not-for-profit organization dedicated to helping educate young people about the Holocaust using this book written by Dr. Robert Fisch.

In 1956 Dr. Fisch escaped to the United Stated, became an intern in 1957 and later a professor of pediatrics at the University of Minnesota.  As a doctor of medicine he is internationally known for his clinical research on PKU, a genetic disorder.  He studied art in Budapest and Minnesota and has participated in exhibits at the Minneapolis Institute of Arts, the Weisman Art Museum at the University of Minnesota and several local galleries.

While people of all ages seem to be deeply touched by Dr. Fisch’s message, the Foundation’s primary aim is to reach students of junior high and high school age.